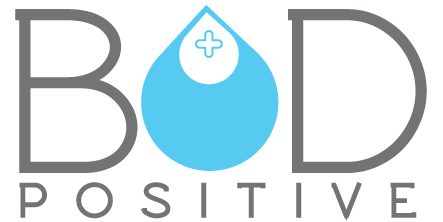 How a Bod Pod Works

How Does The BOD POD Work?

Body density can then be calculated: Density = Mass/Volume

Once the overall density of the body is determined, the relative proportions of body fat and lean body mass are calculated. The BOD POD differs from underwater weighing in that the BOD POD uses air instead of water to measure body volume, based on the physical relationship between pressure and volume. This relationship allows for the derivation of an unknown volume by directly measuring pressure. During a measurement, the BOD POD produces very small volume changes inside the chamber and measures the pressure response to these small volume changes. To accomplish this, the interior volume of the empty BOD POD chamber is first determined, then the volume when the subject is seated inside the BOD POD is also determined. By subtraction, the subject’s volume is obtained. For example, if the interior air volume of the empty chamber is 400 liters, volume of the chamber is reduced to 350 liters with the subject inside, then the body volume of the subject is 50 liters.

The BOD POD consists of two chambers. The molded seat inside the BOD POD divides the unit into front (test) and rear (reference) chambers and provides a common wall between these two chambers. A diaphragm mounted on the common wall is oscillated during testing by computer control. During data collection, the BOD POD door is closed by a series of electromagnets and a gasket, and the diaphragm effectively moves back and forth between the two chambers. When the volume is increased in one of the chambers, it is decreased by the same amount in the other chamber, and vice versa. The pressure in each of the two chambers responds immediately to this volume change, and the magnitude of the pressure changes indicates the relative size of each of the chambers. The pressure change is roughly ±0.5 cm H20, and is rarely noticeable to the subject (comparable to the change in pressure while moving from the first floor to the second floor in an elevator

During the body volume measurement, the subject breathes normally, known as relaxed tidal breathing, unlike underwater weighing which typically requires maximal exhalation to residual volume. Thus, the relevant measurement of lung volume for the BOD POD is not residual volume, but the average lung volume during normal tidal breathing (average thoracic gas volume). This is a much easier measurement to obtain and no difficult maneuvers are required. To achieve optimal accuracy, the volume of air in the lungs must be determined. This may be done either by directly measuring the average thoracic lung volume or by using an estimated value based on standard prediction equations. The effect of skin surface area is also estimated. This information is then used to make corrections to the body volume measurement for obtaining final body composition measurement results.

Q. How accurate is the BOD POD?
A. Research studies at major universities have established the outstanding accuracy, safety and speed of the BOD POD. Before the BOD POD, the most accepted method was underwater weighing (the “dunk tank”). BOD POD and underwater weighing usually agree within 1% body fat for adults and children. Other methods, such as skinfold calipers, bioelectric impedance, and dual energy xray absorptiometry, have been shown to be much less accurate. BOD POD accuracy is also increased because of its easy test process.

*Populations – refers to the ability of the method to assess body composition among a wide range of populations, including the elderly, obese, children and those with disabilities

Q. How do I lose my excess body fat?
A. The most effective way to shed excess fat is to combine sensible exercise with healthy dietary choices. Research shows this to be the most successful approach in the long run. Keep in mind that each pound of fat has a caloric value of 3,500 calories. If you combine 250 calories worth of exercise each day, along with reducing your food intake by 250 calories, this will add up to a 500 calorie-per-day deficit. Over seven days, you would lose a pound of fat. However, you should never consume less than 1,200 calories per day, and you should consult your physician before beginning any weight loss and/or exercise program.

Q. How do I increase my lean muscle mass?
A. The best way to increase muscle is through resistance training. Healthy and vigorous muscles are consistent with good health, as muscles support the activity of the body and burn calories.

Q. How can the BOD POD be used in my weight loss program?
A. Consider working with a trained health care or fitness professional. They can review your BOD POD test results and design a program to help you achieve your goals. Be sure to retest in the BOD POD regularly so you will know if you are progressing towards your goal!

Q. Are there any age-specific body fat standards?
A. Research has shown that a moderate, natural increase in body fat with age occurs in many individuals. To account for this natural increase, % fat values provided in the Body Fat Rating table on the BOD POD test print-out sheet should be viewed as recommendations for adults 18 years and older, with the values being adjusted upwards by possibly 3-5% fat for older adults. Based on information from the American College of Sports Medicine, the American Council on Exercise, Exercise Physiology [4th Edition] by McArdle, Katch and Katch, and various scientific and epidemiological studies.

Q. How do I lose my excess body fat?
A. The most effective way to shed excess fat is to combine sensible exercise with healthy dietary choices. Research shows this to be the most successful approach in the long run. Staff at Bod Positive practice a very low Carbohydrate, Moderate Protein & High Fat Diet and have seen impressive, long term results in both weight and health, feel free to come and chat to us how we succeed.

This website uses cookies to improve your experience while you navigate through the website. Out of these, the cookies that are categorized as necessary are stored on your browser as they are essential for the working of basic functionalities of the website. We also use third-party cookies that help us analyze and understand how you use this website. These cookies will be stored in your browser only with your consent. You also have the option to opt-out of these cookies. But opting out of some of these cookies may affect your browsing experience.
Necessary Always Enabled

Any cookies that may not be particularly necessary for the website to function and is used specifically to collect user personal data via analytics, ads, other embedded contents are termed as non-necessary cookies. It is mandatory to procure user consent prior to running these cookies on your website.